Static Include Analysis for Eclipse CDT¶

Includator is an Eclipse plugin to be used with Eclipse CDT which helps to manage include dependencies in C/C++ projects. With the help of static code analysis, problems or improvements can be detected automatically whereas a programmer would have to spend a lot of time finding them. 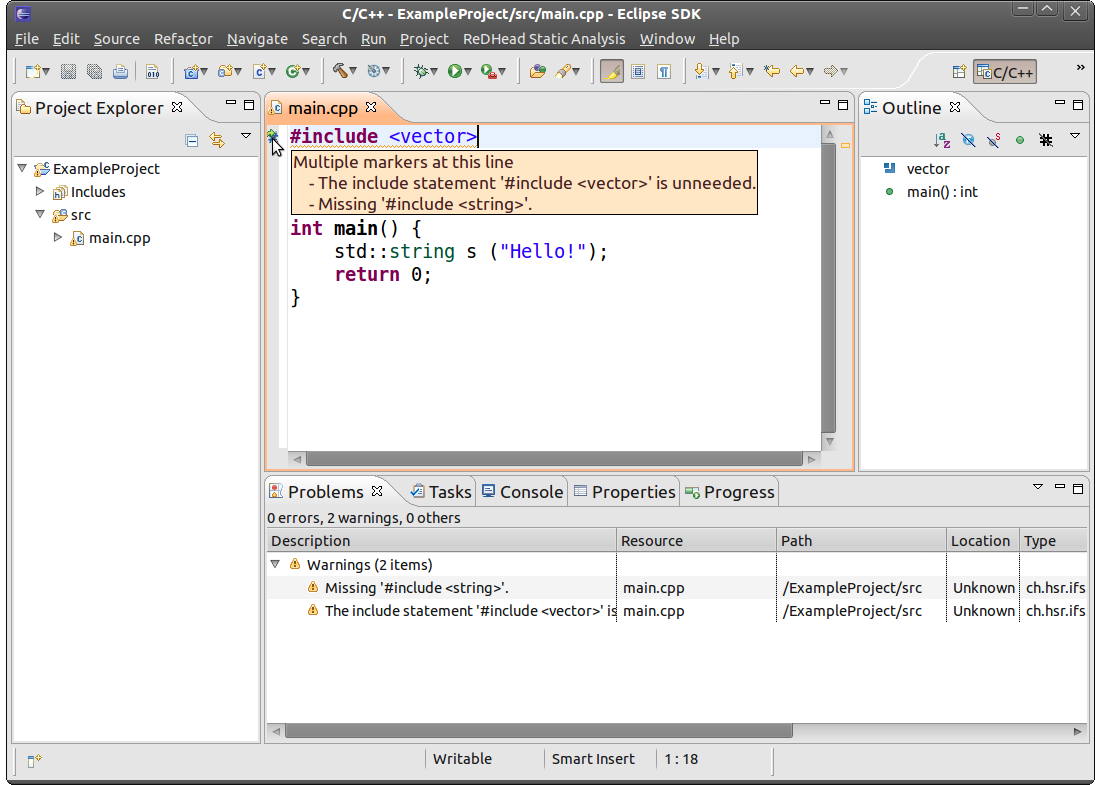 Even though C++ belongs to the most widely spread programming languages and is used in many different areas very effectively and also very often, it has long ago been outperformed by other languages, most notably Java, in terms of the power of IDEs and their features. There are C++ IDEs which provide a limited support for some features like for example refactorings or static analysis. But these cannot even come close to what, for example, Eclipse’s Java Development Tools provide for Java.

The Includator tool is designed to add additional features to the C++ IDE Eclipse CDT. These features provide functionality to statically analyze the dependencies of C++ header files and provide suggestions and hints on how the include structure of a C++ software project can be optimized. The aim of these optimizations is to improve code readability and its quality, to reduce compile-time and the development time of C++ software.

Includator is now freely available as part of the Cevelop IDE. To use it in any other Eclipse IDE, you can evaluate Includator free of charge for 30 days, after that you’ll need to obtain a license

For further information, also take our Flyer into account.

Are you using Lint? Then you might also be interested in Linticator, our Lint integration for Eclipse CDT.