General settings for Includator are managed on Includator’s preference page. It is accessible through the menu Window -> Preferences -> Includator. 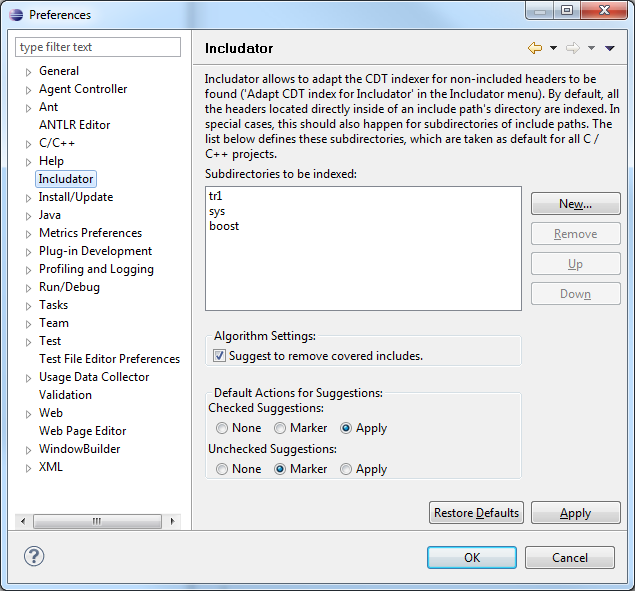 As CDT does not add every header file of the include paths to the index. Includator allows to specify subdirectories of the include path which are forced to be indexed though. This is required to find the contained symbols in header files which are not referenced anywhere in the project. Here Includator allows to set the paths to be indexed on workspace-level. By default there are three subdirectories preconfigured: tr1, sys and boost.

After running a static analysis algorithm Includator presents the result in a suggestion dialog. This dialog suggests include directives to be removed (if superfluous) or added (if required). It is possible to check those suggestions or leave them unchecked. Its is possible to define the default actions for checked and unchecked suggestions here. There are three possible options:
Loading...